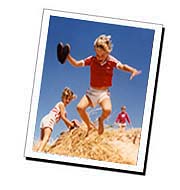 Bradley was a Michigan State University Junior and Clarkston High School graduate. He was majoring in parks and recreation management and looking forward to a study program in the Netherlands as part of that major.

He worked with young children as a counselor and coach. He spent two summers as a day camp counselor with Independence Township Parks and Rec. Department. In the summer of 1998, he worked as a full time counselor at Timberlake Camp in the Catskill Mountains of New York. Brad also worked as a soccer supervisor referee and coach for Independence Township in the summer and for SoccerZone Indoor soccer in the winter. For a short period of time, he supervised the volleyball program for East Lansing Parks Dept. 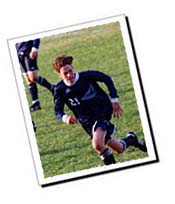 He loved to play soccer year-round. In the summer he was also a mid 80's golfer and in the winter an avid snowboarder. He had many and varied friends, made friends easily with his fun loving nature and love for life in general. His family and friends were very important to him and his actions often showed them how much he cared about them.

At midnight on November 4, 1998, the eve of Brad's 21st birthday, he went with a group of friends to Rick's American Café in East Lansing to celebrate his birthday in a way that is customary on the MSU campus and many other campuses - "drink your age." 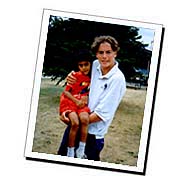 When he had finished 21 shots and knowing that the record among his friends was 23, he drank three more for a total of 24 shots of liquor. He drank them in about 1-½ hours. Because he drank the liquor so fast, his body was still catching up and his blood alcohol count was still rising when he left the bar. His friends took him home and put him to bed as he passed out. His BAC continued to climb to a lethal level of .44 g/100ml, as the depressant did its work. His breathing stopped and the coroner estimates that he died at approximately 4:30 AM. He died on his 21st birthday, November 5, 1998.

"This 21 year old man died of ethanol poisoning, as a consequence of consuming a large amount of alcoholic beverage within a short period of time."

Please also visit this memorial page created for the McCue family and originally hosted at Geocities; now archived on this site.